Another lovely walk on Saturday, along the beach, paddling in the sea, turning up into the hills past the cemetery, and along lovely footpaths until we emerged just above Aberdovey.  I was particularly tired after a restless night, so it was super just to drift along enjoying the sights and sounds.  There was an intensity to the light that reflected off the water, the dominating colour silver rather than blue, and anything in front of it was silhouetted.  How the weather changed on Monday! 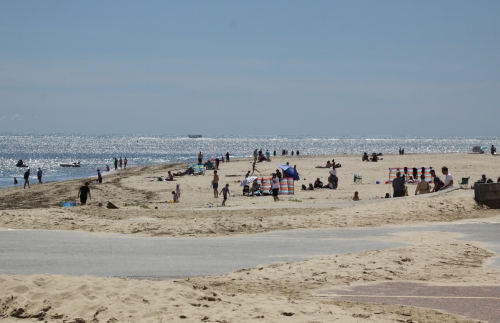 This is the first time I’ve seen the beach with more than a couple of people on it.  It was something of a visual shock, although it is great that people are able to enjoy themselves.  A lot of second home owners are back too.  The ice cream shops were a bit chaotic, with very little distance between people in the queues, but I expect that that will be sorted soon.  Further along the beach, several people were swimming, which was a bit brave as the water was frankly very chilly. 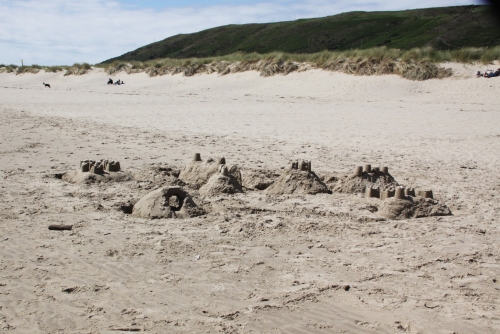 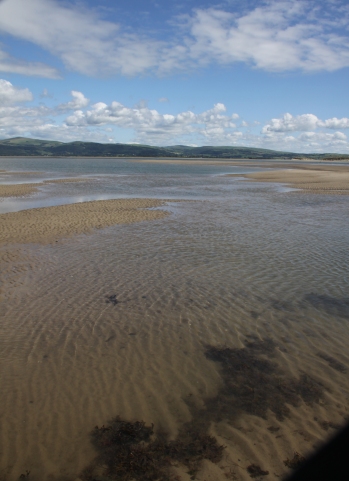 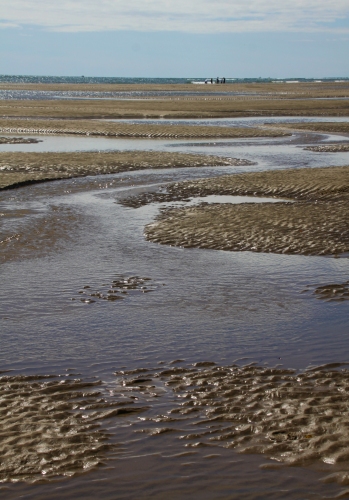 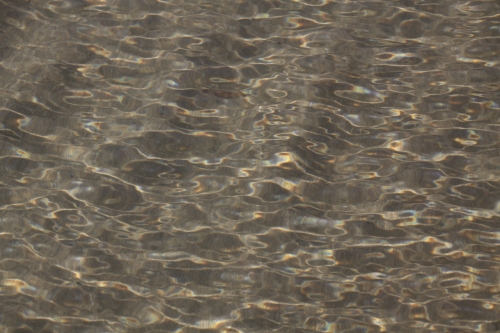 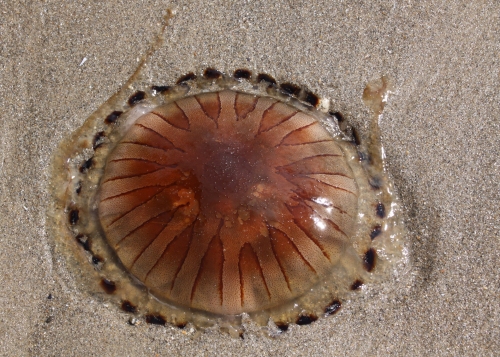 Normally the jellyfish that wash up on the beach are Barrel jellyfish (Rhizostoma pulma) but today there were none.  Instead, there were several Compass jellyfish (Chrysaora hysoscella), common in the south and west during the summer, where they feed on small fish and crustaceans.  The name derives from the dark brown markings that radiate from the centre.  These jellyfish are venomous, with stinging cells all along their tentacles. 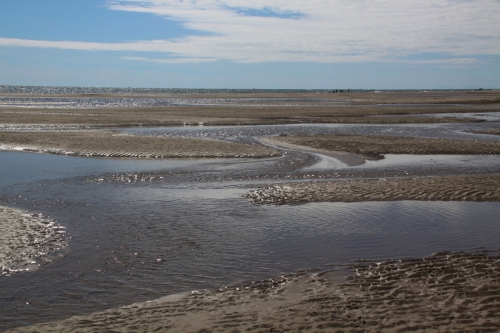 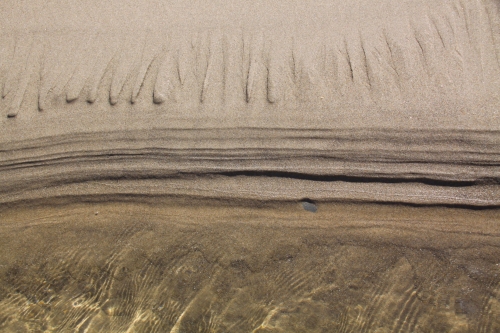 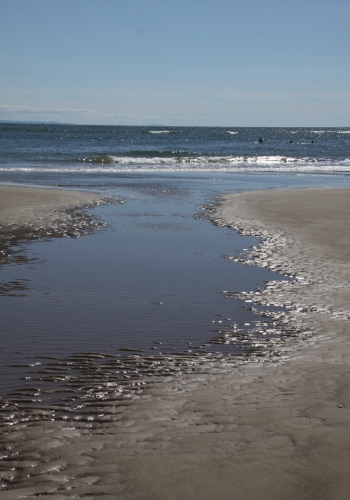 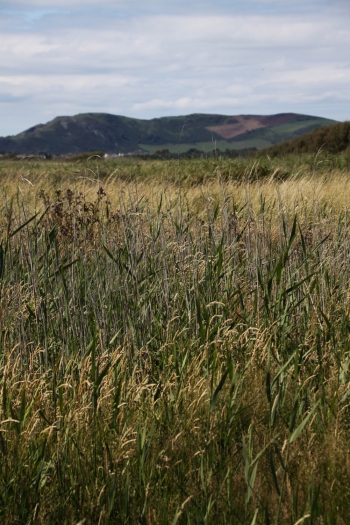 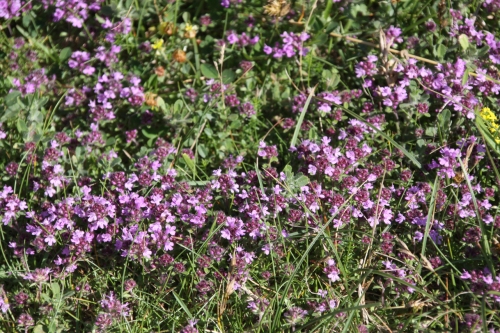 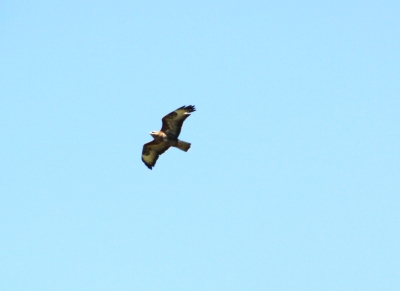 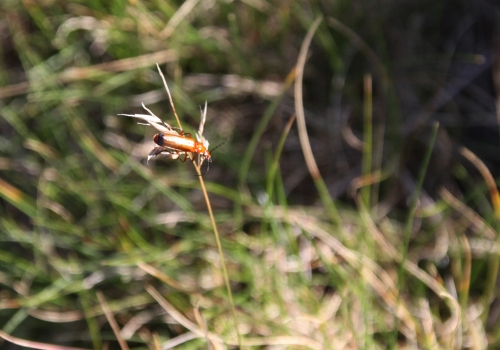 The beetle Rhagonycha fulva, common all over the UK from May to August. 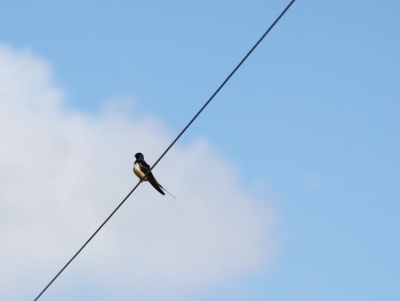 Swallow (Hirundo rustica).  A terrible photograph, shooting into the sun.  I was convinced that this was a swift, because the forked tails didn’t look long enough, but the swift doesn’t have the big white breast. They are migrating birds, spending winter in southern Africa and returning to the north to breed. 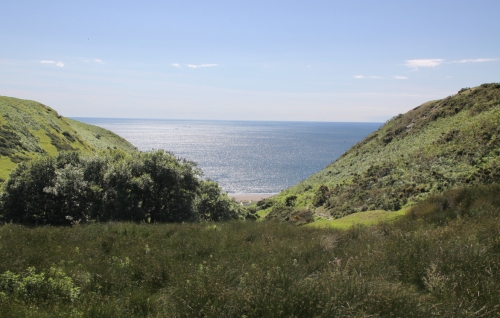 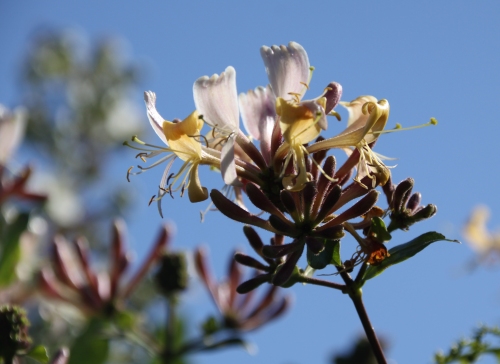 Honeysuckle (Lonicera periclymenum) produces a beautiful perfume, particularly in the evenings to attract pollinating moths.  It climbs up and over hedges and shrubs and flowers from June to October, with petals that ivory coloured until pollinated by bees or moths, when they turn yellow.  The produce red berries following the flowering, during the autumn. 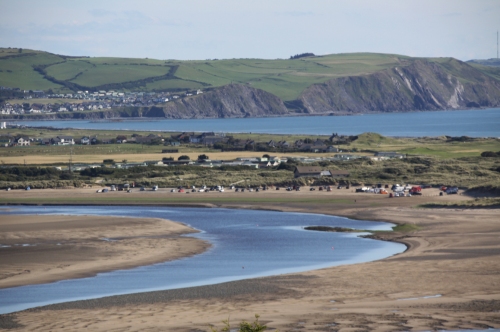 Another first for the year:  the beach at Ynyslas is covered in cars.