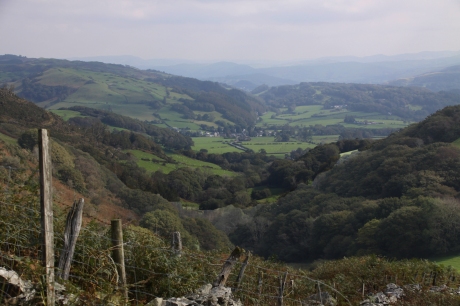 I hadn’t seen my friend Caroline for ages, so it was great to do one of our social distancing walks, and one that was new to me, taking in a tiny prehistoric stone circle.  The track is marked on the OS map as a “byway open to all traffic” and follows the line of the Nany Braich-y-rhiw stream, at a higher level.  The views were as spectacular as they always are when you get on to the higher ground in these parts, into the Dyfi valley at the start of the walk, into Happy Valley, and eventually, ahead into the Dysynni valley.  The track is very deep and carved out of the bedrock in places, just like the Aberdovey estuary’s “Roman Road,” which is actually thought to date to the 1820s.  We drove to the point of departure in separate cars, parking on verges, as it is a long hike to reach the start from Aberdovey, and then a long hike in its own right.  On this occasion it was a there-and-back walk rather than a circular one, but just as good because the views are different in each direction.  It was 19th September and the weather was in our favour.

On the map below I’ve marked the starting point in red, and have put blue dot where another path descends into the valley, more or less opposite the Bearded Lake.  Although we carried on along the main track, you can make a lengthy circular walk if you take the path into Happy Valley, and it would probably be easiest to park in the official Happy Valley car park if you are going to do that (which also serves as the car park for those wanting to walk up to the Bearded Lake).

It’s an easy walk if you have good footwear, with a good track and no very steep gradients.  It should also be avoided in wet weather, or at least go in heavy duty footwear.  It had been very dry for the previous week, but we still ended up having to walk off the path in certain places as it was swamped with mud, and was often marshy either side of the path.  There were several points at which we had to ford fairly wide streams, two of which are marked on the map as fords. It was very windy even on a sunny day, so head gear would be a sensible precaution.  The only cloud on the horizon was that at weekends it is used by trial bikers, travelling at speed, with precious little care for any walkers who might be round the next corner.  Thanks to the noisy engines, you can hear them coming and get out of the way, but I recommend that you avoid walking there at weekends. 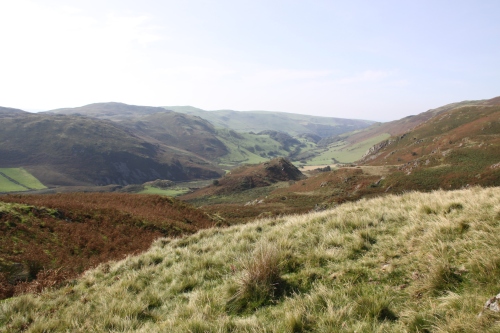 The stone circle is a little way along the path, up to the right, just a few seconds to reach it from the footpath.

The walk offers beautiful views over Happy Valley and the hills beyond. 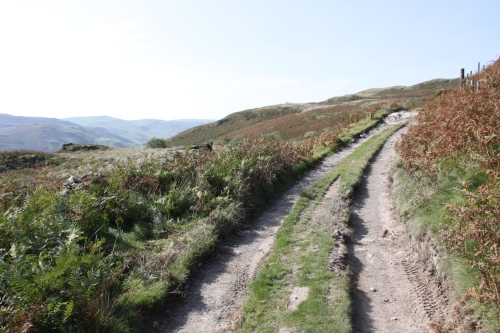 Watch out for the Bearded Lake on the other side of the valley to the left, on this occasion glistening in the sun like a silver mirror.  I’ve written about the legends associated with the lake on an earlier post.

We walked past the footpath down into Happy Valley, which would have formed a circular walk, and headed instead for the views ahead, which offer an unexpected sight of the Dysynni valley. 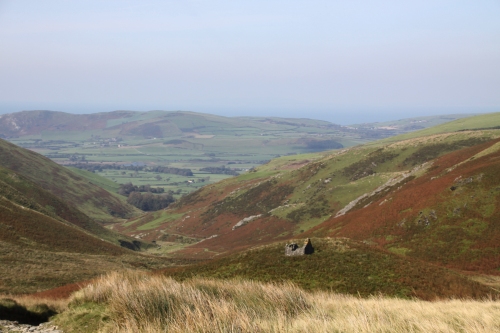 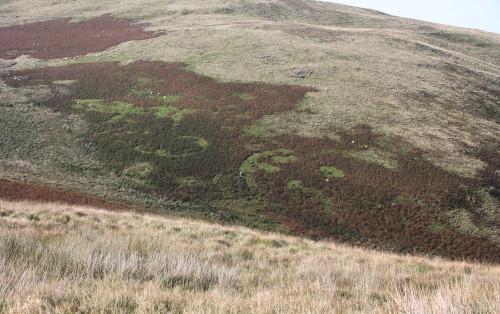 As it descends towards the Dysynni, the track meets the stream, Nant Braich-y-rhiw. 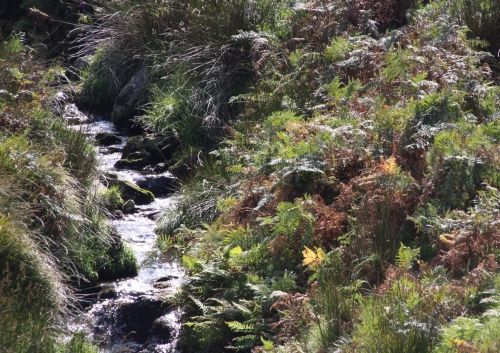 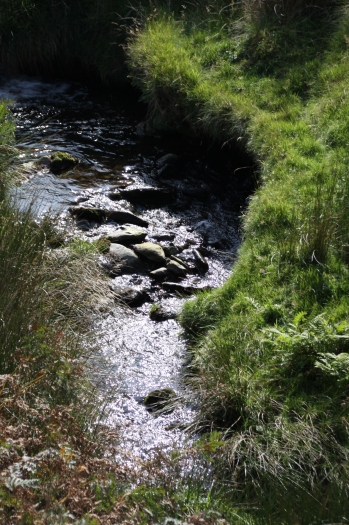 At this point, descending towards the Dysynni valley, we turned back towards the cars, but if you carry on you reach a single-track B-road that crosses the Talyllyn railway at Rhyd-yr-onen and finishes in Bryncrug.  It was an equally beautiful walk on the return leg.  I suppose it was about an hour and half in each direction, pausing to enjoy the views with a picnic. 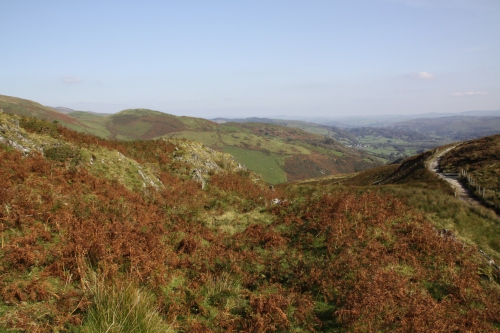 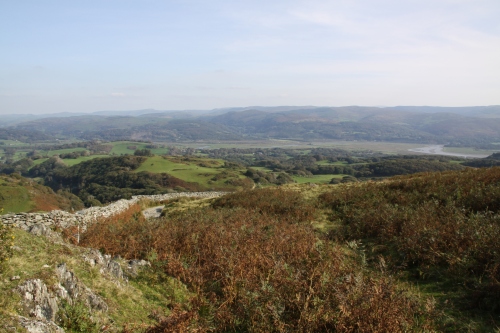