Yesterday’s walk along the beach was extraordinary.  I had intended to park by the cemetery, but by accident parked opposite the row of houses at the foot of the road from the Trefeddian Hotel, crossed the golf course and emerged from the dunes at the Second World War pillbox.   The sun was hazy and incredibly pale, but at the same time reflected off the wet sand, creating some beautiful colour and light combinations.  I walked for far longer than intended, and it nearly became a case of walking into Tywyn and getting a bus or taxi back to my car!  Instead I retraced my steps, and because of the light it was like doing an entirely different walk.  It was lovely to see a pair of oyster catchers, obstinately refusing to do anything other than stand, preening in the sun!  They are in the video at the end of this post. 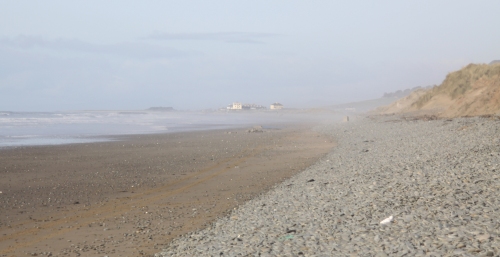 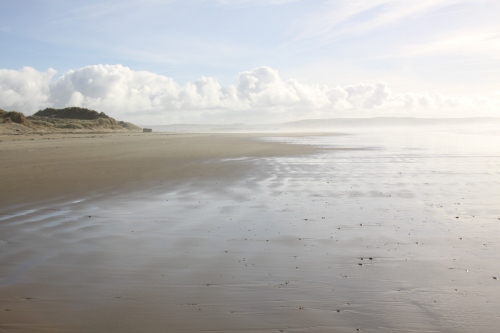 1 thought on “Walking from Aberdovey towards Tywyn along the beach”