Aberdovey has tons of character, most of it in plain sight, but there are also some rather nice smaller details, from old to modern, which give Aberdovey an extra layer of personality.  Some of these were integrated into the original design of buildings and gardens in the village, whereas others are later additions by local residents and businesses, small flourishes that provide Aberdovey with addition charm.  I have been collecting these small details in the form of photographs for the last year, and thought that they would provide an interesting contrast to the more holistic views of the village shown in the vintage postcards that I have been posting recently.    All photographs are my own.

In completely random order, and in batches of seven, I have divided them into a series of 10 posts entitled Aberdovey Twiddly Bits.  See if you can figure out where they are.  Some are well known, like the wonderful character above, and many are easy to find, but others are less obvious, in hidden corners or out of the normal line of sight.  Some are high up, others are  camouflaged by surrounding features.  Some of them I saw out of the corner of my eye, completely unexpected.  None of the photographs involved intruding on people’s private space.  All were taken from roads and public footpaths, and none of them show interiors.

Several of the features shown in the photographs are something of a mystery.  The gorgeous and beautifully crafted dragon roof filial at the top of this post, for example, is a puzzle to everyone including Hugh M. Lewis who lived here all his life.  And if anyone can tell me the story behind the super dalmation dog in the first photo below, and the corresponding  meaning of DMM I would be most grateful! 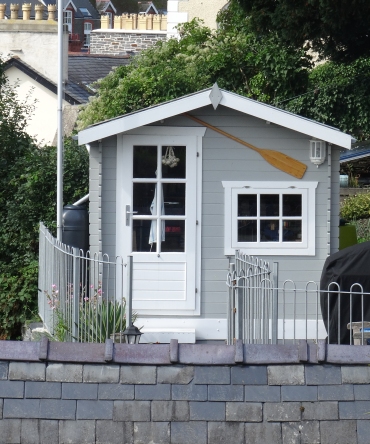 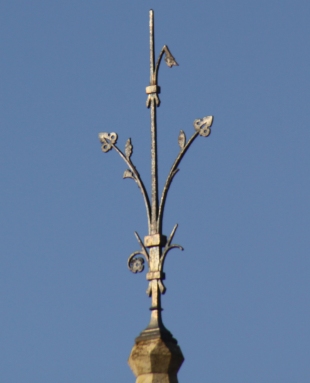